মডেলটেস্ট
English First Paper
Time: 3 hours, Full marks: 80
Part A: Reading Test (40 marks.)
Read the passage carefully and answer the questions following it:
Jonakipur High School
P. O.: Jonakipur
Dist.: Nilphamari
12 May 2013
Dear Hridoy,
Thank you for your letter of 1st May. It gives us such an exciting piece of news! I cannot still believe that there could be a shop without a shopkeeper. I told about it to my relatives, friends, classmates and, of course, my teacher, Miss Nishat. Everybody was surprised. Miss Nishat liked the idea so much that she immediately talked about it to our Head teacher. We had already a meeting in our school with teachers and students. At the beginning of the meeting, the Head teacher asked me to talk about the Morality Shop in your school. At first I read out part of your letter and then I explained how such a shop in your school is greatly helping you—students, teachers and the community at large. The Head teacher was quite positive about the usefulness of such a shop. He formed a committee with Miss Nishat and two other teachers and some senior students to draw up a plan for opening a morality shop in our school. Isn’t it great? You will be glad to know that I am on the committee too.
I’m coming to see your Morality Shop with a friend of mine next weekend. See you then. Give my salam to Aunt and Uncle.
All the best.
Riah
1. Choose the best answer from the following alternatives. 1×5=5
a. The letter is written in the—
i. 19th Century ii. 20th Century. iii. 18th Century iv. 21st Century.
b. The Idea of the shop without any shopkeeper was liked first by—
i. Hridoy and Riad. ii. the Head teacher.
iii. Miss Nishat iv. Mr. Jahir.
c. The exciting piece of news was about—
i. the Morality Training Centre ii. the Morality Shop.
iii. the Morality Canteen
iv. the Shop with an honest Shopkeeper.
d. Riah along with her friend, will visit the shop on—
i. 16 May, 2013, ii. 23 May, 2013,
iii. 11 May, 2012, iv. 14 May, 2013.
e. In the meeting, the letter was read out by—
i. Riah ii. Hridoy iii. Miss Nishat iv. the Head teacher
2. Write the answer to the following questions:1×7=7
a. Where has the letter come from?
b. Who did Riah tell about the interesting piece of news?
c. Who likes the idea of the shop without a shopkeeper so much?
d. What have they already done in the school of Riah?
e. Who read out the part of the letter?
f. What was the reaction of the Head teacher regarding the shop?
g. Who are the members of the committee formed to draw up a plan for opening a morality shop?

3. Fill in the blanks in the passage with a suitable word: 1/210=5
such—extend—thrills—almost—call—assertive
—receive—cousin—hearing—excited
Riah, a school student, has (a) —a letter from her (b) —Hridoy. The letter is very interesting. The letter contains a piece of new which (c) —Riah. She becomes so (d) —that she even can not believe it. She told (e) —everybody about it. (f) — the news, every body became surprised. Miss Nishat talks with the Head teacher about it. They even (g)—a meeting. The Head teacher becomes very (h) —about the shop narrated by Riah. They form a committee to arrange everything to set up i.—a shop which will (j) —the morality among all.
4. Read the following table and make five meaningful sentences: 1 × 5 = 5
5. Read the passage in A again. Now write a paragraph based on the information about ‘The Morality Shop’. Use the clues in the list below. Write the information in the logical sequence as it appears in the text. 6
explained—committee—immediately—weekend— exciting—surprised—usefulness—opening,
6. The following sentences are in wrong order. Write them in correct order. 1 × 5 = 5
He lived his life by working hard. Joynul, an industrious man, lived in a remote village with his wife. One day, not getting any job became very angry, came back home but did not get his meal ready. At last realizing the truth, he expressed gratitude and admiration to his wife.
He started quarrelling with his wife Nazma but she made him understand that to lead a very happy life both money and home work are equally important that he never realized before.
7. Read the passage in A again. Now write the main ideas of the passage in five sentences. 7
Part B: Writing Test (40 marks.)
8. Write a paragraph on Home Maker answering the following questions: 8
a. Who is a homemaker?
b. What are her duties?
c. How does she pass her day?
d. What is her contribution in the family?
e. What are the duties of other members of the family to her?
9. Suppose you are Rupom living in Feni. Write a letter to your friend Hira thanking him for the hospitality. 8
10. Suppose you are Mirsab-Ul-Islam, a student of class seven in Green Residential Model School, Mohammadpur, Dhaka-1207. Recently your family has shifted from Dhaka to Jessore. You want a seat in the school hostel of your school. Now, write a letter to the headmaster of your school for a seat in the school hostel. 8
11. Describe the following chart. 8
12. Write a composition on Your Aim in Life using the following clues. 8
Aim — importance of aim in life — your aim — cause of selecting the aim — plan for materializing your dream. 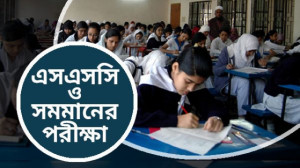 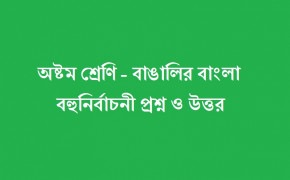 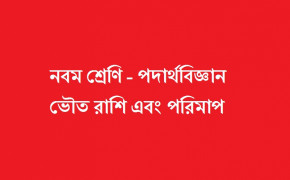 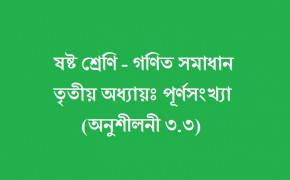 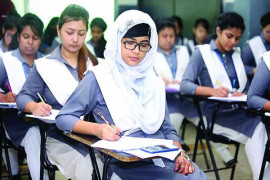 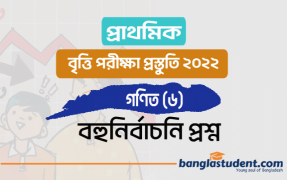 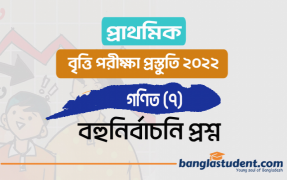 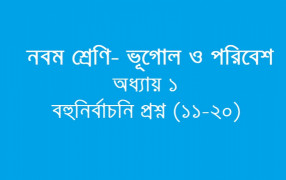 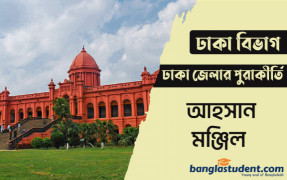 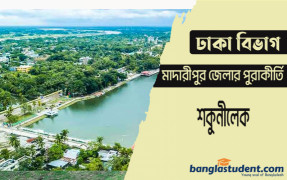 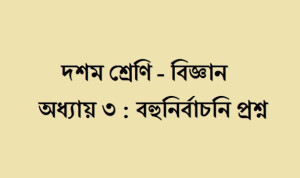 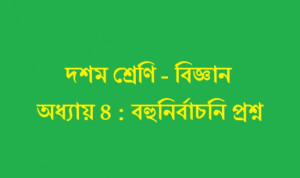 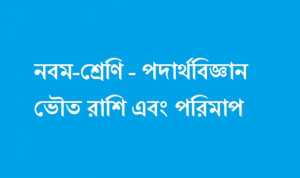 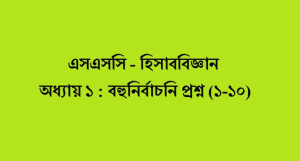 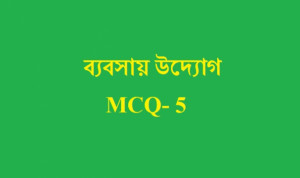 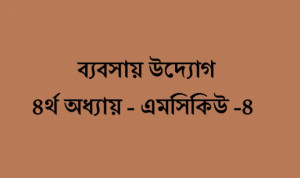 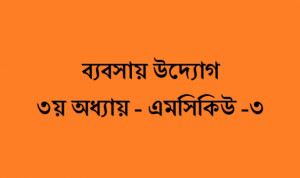 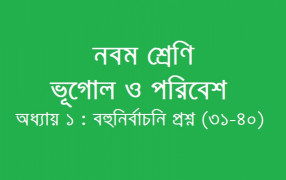 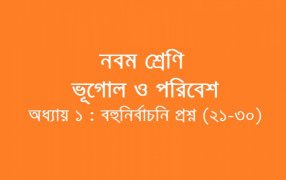